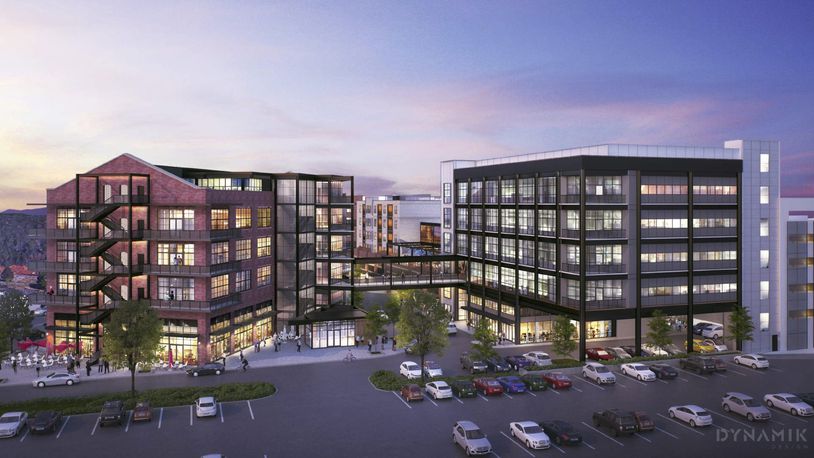 Chaz Easterly has a pulse on Roswell, Georgia.

A longtime resident and founder of Linen & Flax Home, a Roswell-based interior design company, Chaz has become engrained in the fabric of a community deeply rooted in southern historical charm.

But in the 10 years that Chaz has lived in Roswell, there has always been one aspect of the growing community that has stood out to her: the Roswell Plaza Shopping Center. Affectionally known locally as the Southern Skillet after a beloved breakfast establishment, the plaza has not been the same since the diner, which closed nearly a decade ago and had been a staple in the community for years.

Since then, it has become one of the most talked about retail sites, as locals, such as Chaz, routinely drive by the plaza in the heart of downtown Roswell and can’t help but wonder what’s next for the property.

S.J. Collins Enterprises, a commercial real estate development firm, has the answer. After being selected to redevelop the Southern Skillet site in January 2019, the firm has been busy planning for the mixed-use development and recently collaborated with Linen & Flax Home to name the project.

Located off Alpharetta Highway with access to Frazier Street, the property will be known as Southern Post — a nod to Roswell’s rich history. The name stems from a combination of Roswell’s southern historical roots, particularly the Southern Skillet, and the desire for the redevelopment project to become a post or central meeting point for the city.

Jeff Garrison, a partner at S.J. Collins Enterprises, approached Chaz, who previously designed his home, about assisting with the name and logo for the redevelopment project. Creatively the two worked well together, and Chaz had been waiting for someone to come in and help change the scope of downtown Roswell.

“It was very special for me to have S.J. Collins invite us to be a part of this process,” says Chaz. “We’re thrilled that it’s right here in our own backyard. I know it will become such a large part of our lives. These places become part of your language, and I’m so honored that I was even asked. I’ve dreamt about this for 10 years, and it’s amazing to be a part of it.”

After hearing S.J. Collins’ vision for the property — a modern-style development with a flair for history — Chaz opted to follow the firm’s design when it came to naming the development.

Chaz thought about the community itself and what people love about Roswell. In studying the community’s history and artifacts at the Roswell Visitor’s Center and the Roswell Historical Society, she was inspired by how Roswell came to be and the sense of community that was created by its first residents.

The banks of the Chattahoochee River served as the perfect place to not only set up a mill, bringing industry to the area, but also to gather together as a community. With Southern Mills being the name of Roswell’s first store and the Southern Skillet having such a profound impact on the community, Chaz knew she wanted to be mindful and thoughtful of the community and keep Southern in the name. From there, it was just a matter of finding the perfect ending to a new beginning.

“We kept going back and forth,” says Lauren Hulsey, project manager for Linen & Flax Home. “We know that this is going to be a meeting place for so many people, so we kept saying ‘Let’s meet at …’ and then fill in the bank while at the same time sticking to what we wanted it to be.”

Chaz’s kitchen island turned into a staging ground for potential names and logos. Every time she walked by, she would glance down and put together a pair of names until she finally landed on Southern Post. Linen & Flax Home came up with the name Southern Post as a way to pay homage to Roswell’s historical charm and the notion that the new development will be a part of the community where people can gather together.

In addition to naming the new project, Linen & Flax Home also created the logo for the development. The new simple and clean black and cream logo will feature a lantern as well as the established date of Southern Post. The logo’s design was drawn from the charming old lampposts that line the streets throughout the city while at the same time taking into account the industrial historical look of the development.

“It’s very esthetically pleasing, and it just fits the look of the city,” says Chaz. “I love the charm of Roswell history, and this new plaza will be absolutely beautiful. There’s nothing like it in Roswell. I think it’s going to be incredible for the community.  What S.J. Collins is doing is amazing. It’s a perfect fit and a perfect design. It will become a place to gather where people can go, live and shop there. It will be a destination.”

S.J. Collins Enterprises is expected to break ground on Southern Post in late 2019. Plans for the mixed-use center include a boutique grocery store, eateries, stylish storefronts and office space. The site is proposed to feature up to 50,000 square feet of retail space and 70,000 square feet of office space. The retail portion of the development will include 260 parking spaces and a parking deck.

Southern Post also is anticipated to include 128 apartment units with approximately 200 residential parking spaces in its design. Green spaces and gathering points are also planned for the development.

“The downtown area has been growing and thriving and this is definitely the next step for revitalizing that area,” says Lauren. “We’re happy and excited to be a part of the growth of Roswell.”

Read the original article on Patch.com