Southern Post, one of Roswell’s most anticipated developments, is making progress

Southern Post, one of Roswell’s most anticipated developments, is making progress 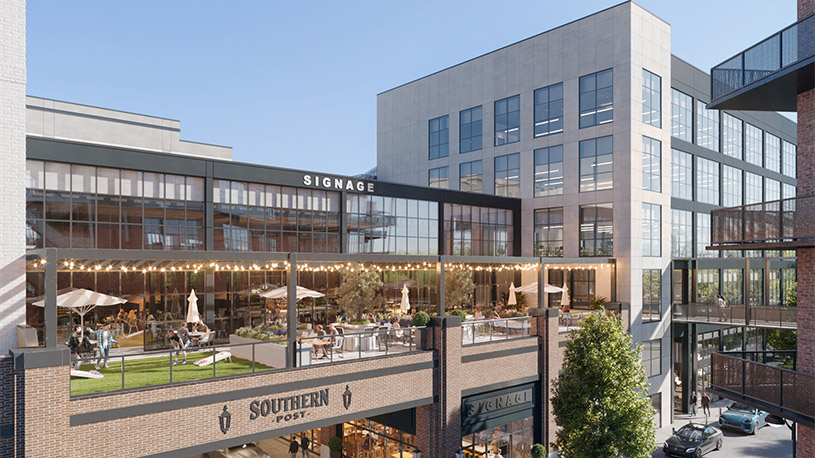 ROSWELL, Ga. — Southern Post, one of Roswell’s most anticipated developments, is making progress.

As of late July, Adams said Armada Hoffler is about 80 percent done with site work and utilities. They also have nearly all the necessary building permits for the parking deck, apartments and two office buildings. Adams said vertical construction is expected to start the first or second week of August.

“It’s a really cool development for the area,” Adams said. “It’s going to have a lot of walkability and a lot of connectivity with the rest of downtown Roswell. We have some really great restaurants lined up and some additional ones that we’re negotiating with right now to really add to that ‘foodie haven’ that Roswell is.”

While Belux Coffee, Azotea Cantina, DaVinci Donuts and Silla Del Torro are still on track to open in the development, Ponko Chicken has dropped out. Adams says that’s OK.

“We actually have a different idea for that space now that we’re a little bit more excited about,” Adams said. “We are negotiating with three other tenants at this point, so we do have those [Letters of Intent] signed, but we can’t announce them just yet. We are hoping those leases are signed in the next couple of months.”

This article was originally posted online via the Alpharetta-Roswell Herald.